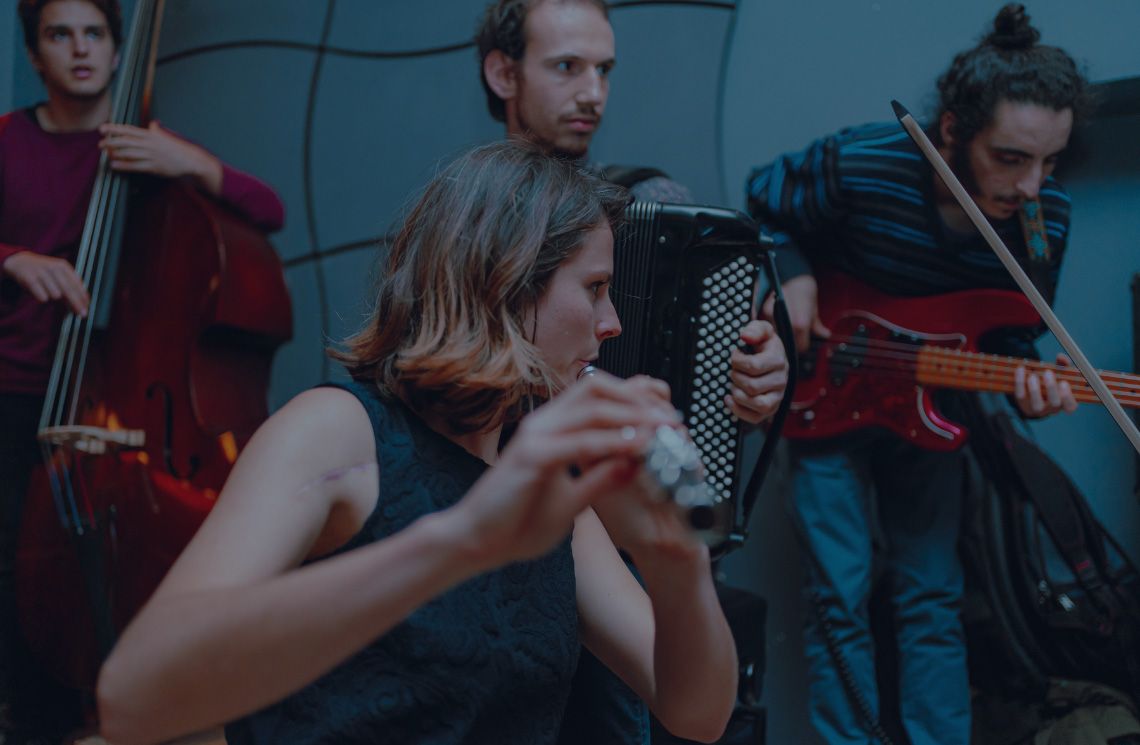 As the Malta partner for Medinea [MEDiterranean Incubator of Emerging Artists], we hosted one of four intercultural creation sessions led by renowned composer and jazzman Fabrizio Cassol in February 2020.

The Medinea Project is a multinational initiative created by the Medinea network within the Festival d’Aix-en-Provence with the participation of five Mediterranean cities including, Aix-en Provence (France), Istanbul (Turkey), Valletta (Malta), Nuoro (Sardinia) and Lisbon (Portugal). The project brings the diverse sounds of the Mediterranean to the concert platform through intercultural performances by a group of young musicians from different Mediterranean countries led by jazz saxophonist and composer Fabrizio Cassol. Over a period of three years which started in April 2019, Cassol and the rest of the musicians will experiment with the diversity of rhythms and melodies found in Mediterranean musical traditions through residencies and performances in the five cities involved in the project.

The project offers training activities to emerging musicians from the Mediterranean basin in an intercultural context. The Intercultural Creation Sessions are innovative composition residencies based on intercultural collective composition in the specific field of improvised music originating from the Mediterranean tradition. Using a creative process of experimentation and improvisation, the Outreach Skills Workshops aim at fueling the musicians’ personal quest for excellence and drive to share their art with the audience, especially audience with a little access to culture. These activities leading to meetings and dialogue between civilizations established within the same territory, are designed to favour professional integration of young musicians, and at the same time enable Mediterranean musical heritage to be valued and passed on to future generations, young artists and audience.

Malta hosted one of the four intercultural creation sessions in February 2020. The sessions were open to twelve young and talented musicians from the Mediterranean basin (building their careers to become professional artists) who have an intense practice of musical improvisation and composition. Each session was designed for a large diversity of musical aesthetics and Mediterranean expressions, and hosted all styles of music using elements of improvisations (jazz, traditional music, early music, etc). Fabrizio Cassol, composer and jazzman, guided these sessions and proposes to experiment with techniques of collective composition, within an ensemble, with the aim of leading to the creation of a common musical production which also reveals individual singularities. This training offered a unique intercultural experience of the life of an ensemble in creation, in rehearsals and on tour.

The Medinea Project is co-funded by the Erasmus+ programme of the European Union. The Medinea Project Valletta session was held in co-production with the Mediterranean Youth Orchestra. A project hosted by ARC Research & Consultancy with the support of Arts Council Malta and in collaboration with the Malta Philharmonic Orchestra and the School of Performing Arts, University of Malta.